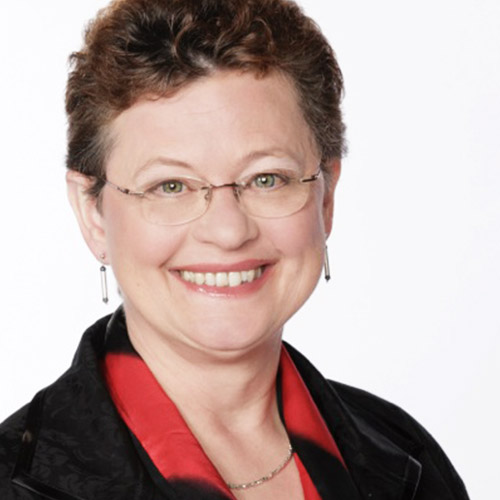 Born in Cologne in 1956, Monika Salchert wanted while still at school not just to do ‘something in the media’, but to become a journalist.
And that’s what she became and remained. But not only that. After taking her master’s in history, librarianship and education, she attended a training course at the ‘Kölner Schule – Institut für Publizistik’. After that, everything went quickly. She became a trainee and journalist at the Kölnische Rundschau newspaper, editor-in-chief at Radio Leverkusen, deputy editor in chief/duty editor at Radio Köln. There followed an excursion into the sweet side of journalistic life when she became managing director of Cologne’s Chocolate Museum.
She launched herself at the age of 36 into PR as head of the press office at the PR agency ‘Kothes & Klewes’, before returning to classical journalism four years later, joining the Rheinische Post newspaper for ten years, first as regional editor for the Bergisches Land, then as head of the Hilden and Solingen regions.
On reaching the age of 50, she realized: if I don’t go freelance now, I never will. So she resigned from the Rheinische Post, and set up her own media office. Since then she has been writing for daily and weekly newspapers. In particular for the Rheinische Post (where she has a regular weekly column ‘Blick nach Köln’), Welt am Sonntag, and Die Zeit. She reports for WDR 5 radio, and presents the carnival coverage for WDR 4, while she is the commentator of the ‘Schull- und Veedelszöch’ (the Sunday carnival procession) for WDR television, and of the main Monday procession for German television nationwide.
For a few years now she has been teaching at the Bundesakademie für öffentliche Verwaltung (federal college of public administration), and trains staff of various ministries institutes and the German parliament in ‘writing comprehensibly’, ‘writing for the internet’, and ‘texts in simple language’. She has written a number of books, for example ‘Verständlich schreiben, Selbstlernheft’ (on writing comprehensibly) and ‘111 Museen in NRW, die man gesehen haben muss’ (a museum guide).